As we continue moving through the ongoing turbulent times, it becomes increasingly important to question all that you’ve been told was true, especially any concept or narrative that seeks your subjugation to an external form of authority.

We have a full moon tonight and I thought it’s a great opportunity to bring up this topic.

The influence of the moon phases on human psyche is unquestionable and well documented in the contemporary police records as well as countless historical writings. The crime peaks around the full moon and many of us feel psychically vulnerable to disturbances around that time.

Philosophers such as Aristotle and Pliny the Elder debated that the full moon induced insanity and increased bipolar-tendencies. By the fourth and fifth centuries astrologers were commonly using the term “lunacy” to refer to neurological and psychiatric diseases. Until the end of the 17th century it was also a common belief that the moon influenced fevers, rheumatism, episodes of epilepsy and a host of mental diseases.

The moon’s destructive influence upon the human body and psyche has ben known for ages and yet… there are so many men and women doing monthly moon worship rituals reinforcing the belief in the power and nobility of this celestial object, despite the damage produced at it’s heightened stages.

Moon worship is a common staple in many New Age cycles, but really, it’s no different than any other belief that was handed to us by the social programmers. We are told to ingest and accept poisons in our diet as something normal, and here we’re also told, to cherish celestial object that bears harmful influence over our psyche.

How can something so barren be considered a symbol of femininity? It’s, in my opinion, undoubtedly another program, another deception, where we are told to empower something that’s destructive to us.

When a person develops themselves, and clears the mind of programming, they become more aware of these influences and able to withstand pressures that many others are not capable of. The honest inner work will always lead to the ability to discern quickly, and be able to be neutral and stand fearless while in a midst of any LUNACY out there. 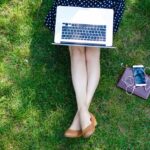